Airports We Serve In Austin

Austin, the capital of Texas, is among the fastest-growing cities in the United States. At or near the top of Best Places to Live lists, its business growth is exploding as high-profile, high-tech businesses expand or move to Austin, the city in central Texas known for its music scene, local flavor and year-long warm weather. Nicknamed Silicon Hills, Austin is among the country’s top private charter jet destinations.

Flights to and from the following airports in the Austin area: (Triton Air, LLC) – A favorite among charter clients, the King Air C90 is a quiet and comfortable turboprop option that can seat up to eight. (Encore Jet Management) – The Beechjet is fast and luxurious light jet for non-stop flights with a range of 1,000 miles. One of the best selling aircraft in the Gulfstream fleet. A very reliable and powerful option for business travelers. This aircraft can accommodate up to 12 passengers along with a dual crew. The Gulfstream G450 has the max cruising speed of 459 knots(528 mph) with a range of nearly 4,300 miles. With a cabin height of 6 feet 2 inches, there is ample headspace for passengers.

Here are some of the most popular destinations into and out of Austin and the estimated cost of the flights: 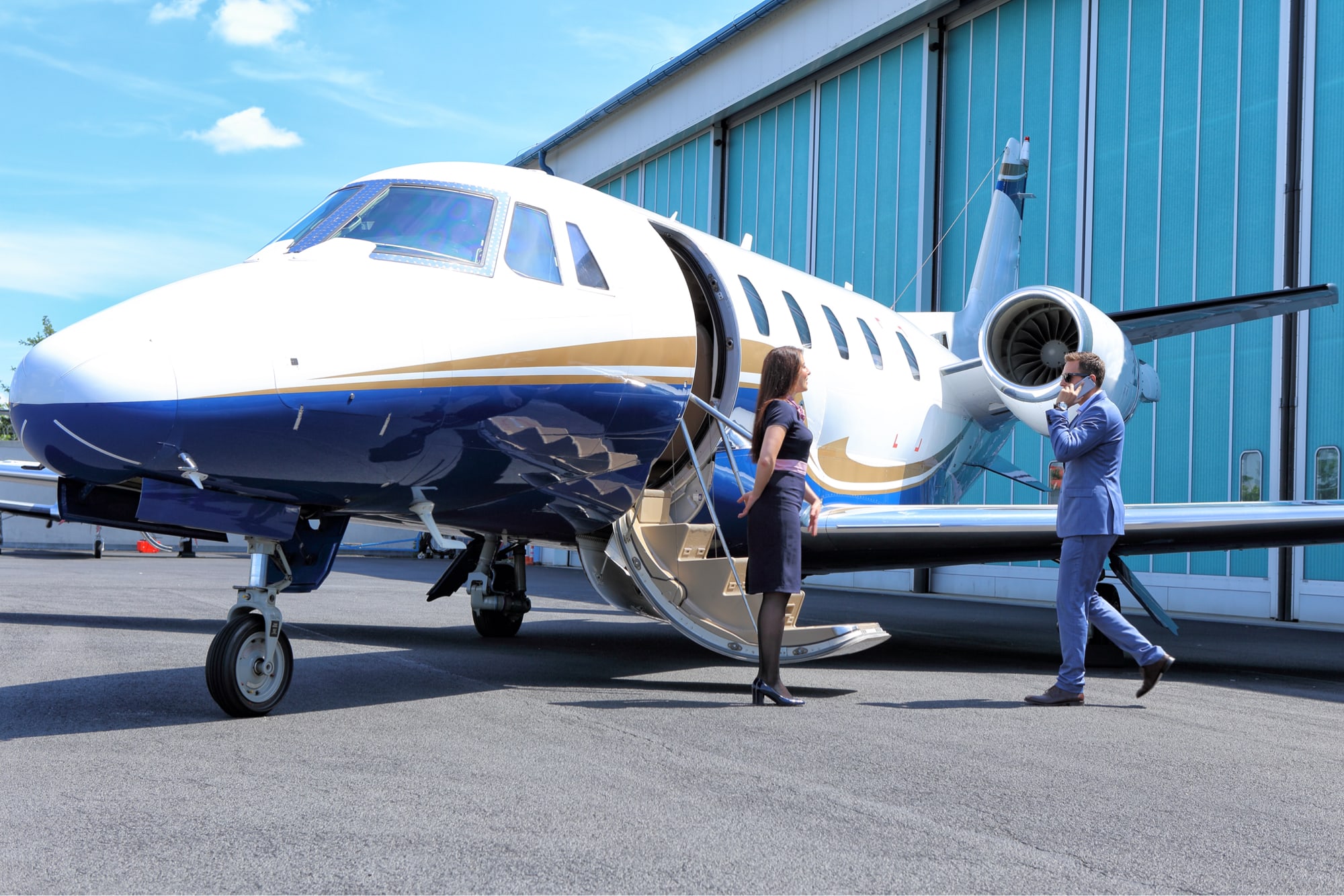 The two most popular airports for private charter jets in Austin are Austin-Bergstrom International Airport (AUS) and Austin Executive Airport (EDC). They both have car rental on site and shuttles to nearby hotels and restaurants.

Austin-Bergstrom is located about 5 miles southeast of downtown. It has three fixed base operators adjacent to a 9,000-foot runway. They have general aviation terminals that have hangars, maintenance, fuel facilities and airside access.

Austin Executive Airport is a general aviation airport with one award-winning fixed base operator. It is located 18 miles northeast of Austin in Pflugerville. We Provide 24/7 Booking Of Private Flights To & From Texas

Ready to book your flight? Interested in a quote?

The FlyUSA team has access to more than 15,000 private jets and thousands of public and private airports worldwide.

For more information on private jet charter services to and from Austin, call us 24/7 at (512) 641-5873 or email us at charter@flyusa.com and one of our private aviation advisers will be happy to assist you.

Everyone is moving to Austin, or so it seems.

Oracle and Tesla – which is building a $1.1 billion factory there — are moving their headquarters to Austin while Apple, Facebook and Google are expanding existing offices. Another Fortune 500 giant, Dell Technologies, has been in Austin since it started in 1984.

There’s something for everyone. A lower cost of living, more affordable homes and low taxes bring businesses and residents to the diverse city of Austin. It’s a college town; the University of Texas at Austin and several smaller colleges are located there.

Its live-music scene of country, blues and rock that can be heard in more than 200 venues around Austin earned the city the title of “Live Music Capital of the World.”

Austin’s many parks and lakes make it a great place to be outdoors.
And, just south of the city is the Formula 1 Circuit of the Americas that hosts the United States Grand Prix. From To & From Austin

If you’re considering a trip to Austin, FlyUSA can arrange a luxurious private charter jet for you. It’s the most comfortable and convenient way to get to Austin and its surrounding cities and towns, including Round Rock, Leander and Georgetown.

You’ll arrive in style just like the dozens of celebrities and millionaires who live or have lived in Austin, including Sandra Bullock, Kirsten Dunst, Woody Harrelson, Matthew McConaughey, Elon Musk, Edie Brickell, Gary Clark Jr., Willie Nelson, Paul Simon, Ron White, Joe Rogan, Tom Segura and Austin natives, Drew Brees and Ethan Hawke. (Don’t be surprised if San Francisco-based Dropbox and Splunk move to Austin, too, because their CEOs, Drew Houston and Douglas Merritt, are reported to have recently bought homes there.)
festivals and outdoor food and wine events, or relax on any number of Miami’s pristine beaches.

How long does it take to arrange a charter flight out of Austin?

Depending on aircraft availability, FlyUSA can usually get you off the ground in as little as 2 hours, including the time it takes to get a crew to the aircraft and do a pre-flight check of all systems on the aircraft. However, for better pricing and increased availability, we recommend reserving an aircraft 2-4 weeks in advance.

How many airport options do I have in the Austin area?

There are some 30 airports within 50 miles of downtown Austin. The most popular airports in Austin for private charter jet travel are Austin-Bergstrom International Airport (AUS) and Austin Executive Airport (EDC).

With two great choices, it depends on what is more important to you – landing closer to downtown or avoiding the chaos of a commercial airport. Austin-Bergstrom International Airport (AUS), the main commercial airport, is located 5 miles southeast of downtown. Austin Executive Airport (EDC), the closest general aviation airport, is 17 miles northeast of downtown. Both have world-class fixed base operators and on-site car rentals.

When flying out of Austin how close to my departure time should I arrive?

One of the perks of flying on a private charter jet is not having to get to the airport hours before your departure. We recommend that you arrive 15-30 minutes prior to your scheduled departure. We depart when you arrive!

FlyUSA proudly raises the bar and exceeds the standard for safe, affordable, private air travel for business or pleasure. We pride ourselves on offering a professional and personalized private flight service at the right price.